My One Year Ankle Break-Aversary! 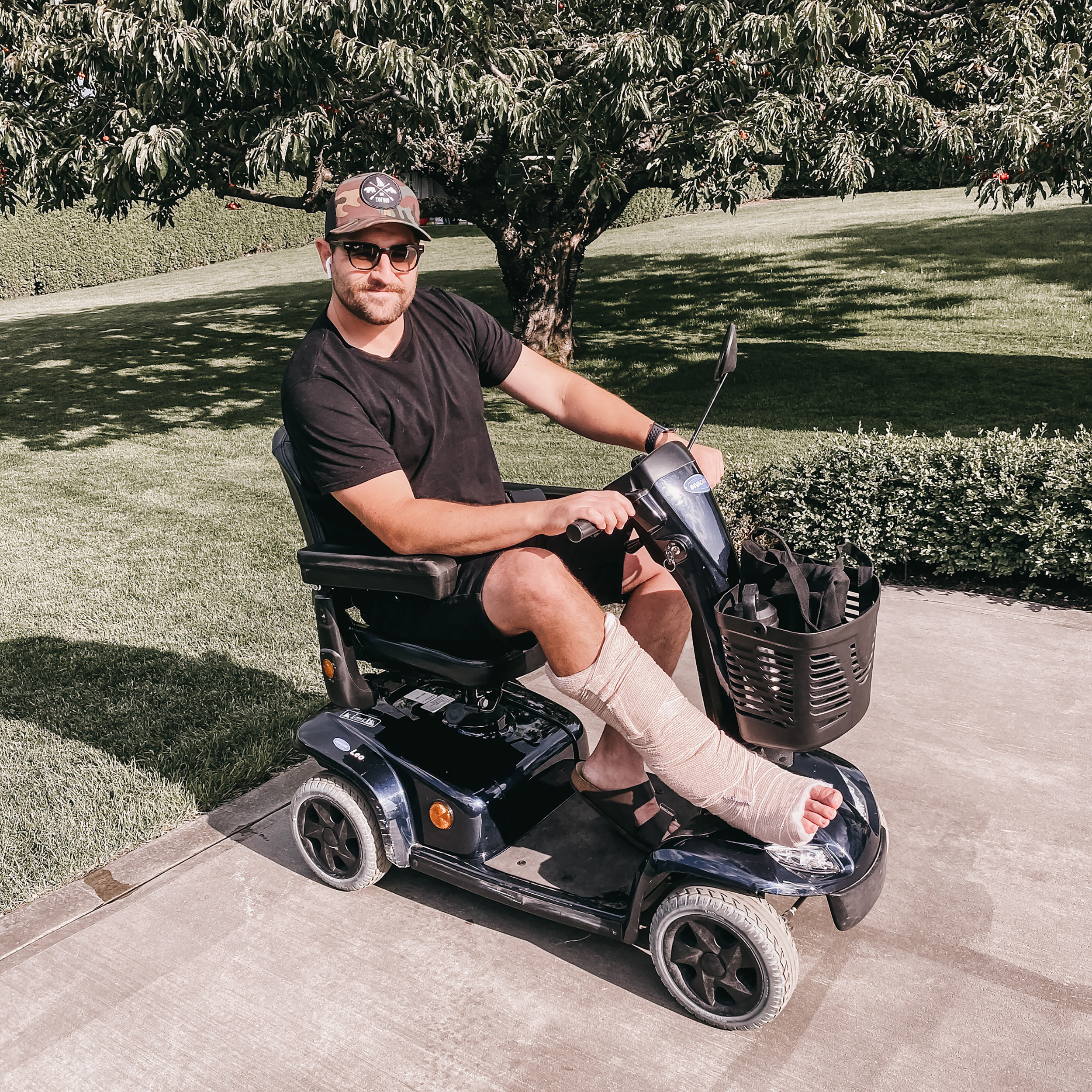 The update you all may or may not have been waiting for… one year since I broke my ankle, my ankle break-aversary, if you will! 😂 For those of you who may not be up to speed, I will break (pun intended) it all down here for you, how the break happened, my journey thus far, and my recovery process.

For those of you who follow Jill and I on Instagram, you may remember this time last year we were in Jordan River, visiting my brother for a few days and then heading out to Tofino! We quite literally just got the “ok” to travel within BC, and we were headed out on our first “big” trip since December of 2019. We arrived at my brother Matt’s house (you can check it out here if you are looking for a rad Airbnb in Jordan River, BC!), had dinner, a glass of wine, and thought it would be a great idea to hit the mini ramp in his backyard, spoiler… it wasn’t.

I started out with my good ol’ Birkenstocks on and quickly thought, “I better put a proper pair of shoes on before I hurt myself,” and just as I put a “proper” pair of shoes on, of course, the skateboard goes one way, my body goes another way, and everything came crashing down. Mind you, for those of you that don’t know, I was a pro-snowboarder once upon a time, and in the off-season, skateboarding was the norm, so I wasn’t a complete newbie. Nonetheless, I heard “snap, crackle, pop” on the way down and ended myself in the hospital pretty quickly.

Our trip quickly became derailed, and instead of enjoying our time in Jordan River, we were headed to the nearest hospital two hours away! The only thing crossing my mind was that I wanted to make it to Tofino by Friday, so the quicker they could operate on my shattered leg, the better. After a few scheduling conflicts, I ended up flying out to Victoria General for the surgery instead, but I wasn’t going to count my chickens before they hatched.

Luckily they operated on my leg on Friday and assured me that I would be on my merry way to Tofino in the afternoon. When I got out of surgery, I let the nurses know that I had to be out of the hospital no later than 3 pm as Jill was coming to get me and had Leo, Annie, Nacho, and Peaches. It turns out the universe had different plans in store. As I was getting ready to leave the hospital at 3 pm, the power went out, and I couldn’t leave on time. Poor Jill was trying to kill time with 2 kids and 2 dogs while it was 30 degrees outside. Eventually, the power came back on, and we were finally Tofino bound, crutches in tow, of course!

Looking back on this break now, it couldn’t have happened at a better time. While the whole world shut down, there wasn’t really anything to do other than lay low. It also gave me time to focus on a new direction in my career. At the time, I was working for my family business, and I realized that the work I was currently doing wasn’t for me anymore. Of course, this was awkward, but my family was extremely supportive and encouraged me to pursue content creation full-time.

Let’s rewind a tad; so I had my initial surgery in June, and after the surgery, the surgeon mentioned that the break was so bad that I would need a scope once my leg was healed to remove some of the bone fragments that were left behind. I was feeling great and honestly thought that the scope was all it was going to take. Unfortunately, after the cat scan, they discovered that I would require another surgery as the initial break was so bad, and I was on the verge of Osteoporosis.

My second surgery was in January of 2021, while it was an optimistic start to the New Year, it also meant another 6 weeks of recovery, and I was basically back at square one. After my second surgery, I was back in another cast. At the end of the 6-week mark, I was so eager to get rid of the crutches and my air boot.

After I got my boot off, I was ready for a full recovery. I put on a bit of weight after both surgeries, and I knew that in order to truly heal, I would need to implement healthy eating (which got me on my sprouting journey!) and physiotherapy. I went to physiotherapy for 8 weeks, and I thought that I would be at least feeling 70% better in the end. Unfortunately, this wasn’t the case. While I did feel better, I wasn’t where I wanted to be. I was still in chronic pain every day and, at this point, was thinking that this would become my new norm.

As soon as I realized this, I reached out to all of the doctors in Calgary that I trusted; Dr. Salami from Orthopedic Massage Consultants (he is seriously a miracle worker), Dr. Ian Auld (who is the medical doctor for the Calgary Flames), and Dr. Kevin Creepin from Peak Health & Performance. If it weren’t for these three doctors, I wouldn’t be feeling as good as I feel today. I am not out of the woods by any means, but the results I am feeling already are giving me hope that I will be back to 100% a year from now.

This is your friendly reminder to advocate for your health. Don’t let yourself settle. No one else is in charge of looking out for you other than yourself. If something doesn’t feel right, follow up with the people in your circle and the health care professionals that you trust.

5 Responses to “My One Year Ankle Break-Aversary!” 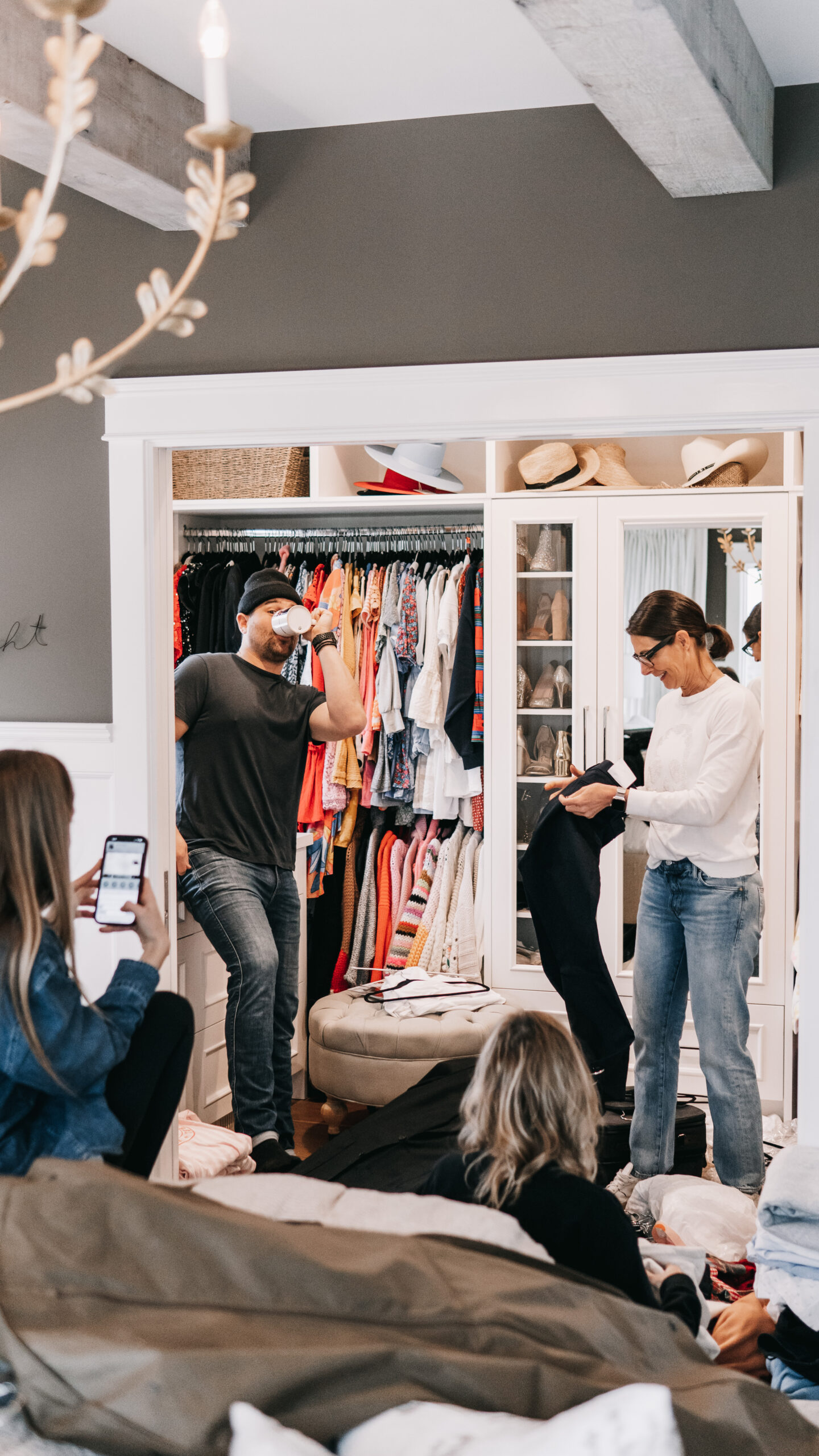 Getting Organized with Go Simplified 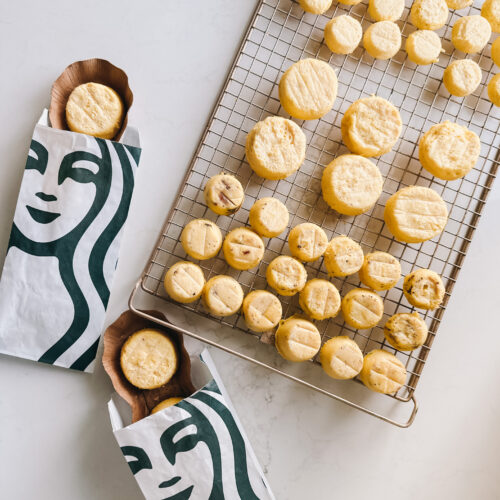 How to Make Starbucks Egg Bites!